TRIBUTE TO MY SISTER 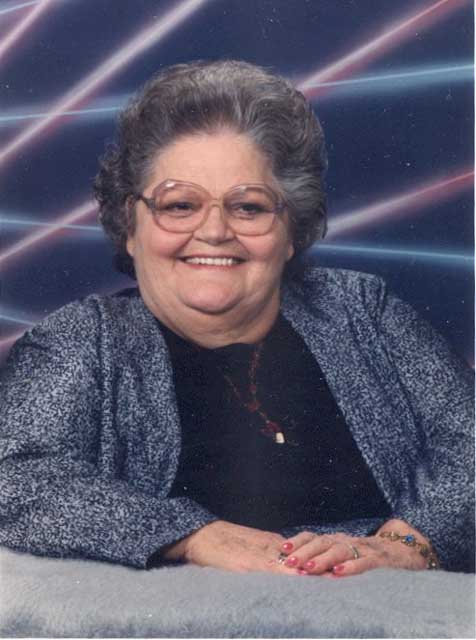 Anna Lee Webb James Englant, is my oldest sister. It took me years to realize that my older brothers and sisters were actually family and not just friends. I guess that happens when you have a large family and you are almost the youngest child.

In all my growing up years, I can't remember a time that she didn't have a passel of kids running around the house and seeking her attention. Anna Lee's house was like a school room bursting at the seams at all times. I have no idea what kept her from going crazy, but if one has as much love in their heart as she did, then all things can be possible.

You have heard the saying, "A jack of all trades and master of none", well, my sister was that way but she mastered everything that she put her mind to.

Anna Lee's life had lots of potholes in a lot of the roads that she traveled, but with each one she came through smiling. She told me that if something bad happened to you and you learned something from it, that was a good thing. It was when you learned nothing that you should stand back, take another look, and rethink what had just taken place.

Anna Lee was like a second mother to me, maybe it was because her daughter Cathey and I were so close in age and everything else. If Mother, was busy and I just needed to talk to someone right that instant, I would go to Anna Lee. She was not only a sister and friend, but she was my counselor through whatever might be troubling me.

The closeness that we shared was very special to me. We could finish a statement that the other would only be half way into making, or answer a question only half asked. Things just seemed to click between us and we had lots of fun and laughter each time we were together.

She had this knack of putting on a face that unless you knew her well, you would never know that deep down she was troubled with whatever life had dealt her. Anna Lee's family was always first and foremost for her. Just by knowing her you had a lifetime friend. Therefore, no one that came in contact could ever say that they didn't have a friend because she was a friend to everyone. My sister had her faults and if one wanted to find something bad with another person it will be found. I just don't know of anyone that ever disliked her.

Unbeknownst to Anna Lee, when her life began she would be one of ten children. She married at a very early age and could be seen with a child on her hip at all times whether this would be a brother or sister or one of her own children.  I suppose this was what made her be knowledgeable with the way our minds worked and kept her young at heart. Her life was filled with young people on a constant basis, so she never got old.

Each and everyone of my brothers and sisters hold a special place in my heart and life. All of us have that one thing that we excel in. We may not voice our feelings about each other often but we have an enormous love in our family.  There are always hugs or a pat on the shoulder each time we come in contact with each other.

As Anna Lee's health begin to fail she drew her strength from her family. She once told me that she had nothing in this world that was valuable enough for her to take with her when she passed on. Nothing except for the love of her family and with that she was the richest woman on earth.

In November 1998, Anna Lee went home to her mansion in heaven. She left with not only a song in her heart but with her grandchildren singing next to her. It was a time of rejoicing for her and though we miss her tremendously we have been blessed with her love and tender care she gave so freely.