A bit about Mike 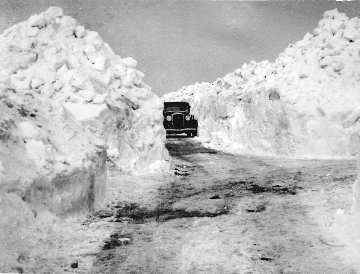 My parents are Barbara and Eric Hill and I was born to them on the 20th January 1947 in the depths of one of the most severe winters the UK had ever seen, the picture on the left will take you to a website that has an enormous amount of information about that winter in the UK. I was born in the town of Oldham in Lancashire. Although Oldham's existence can be traced back to the 11th century, it was the Industrial Revolution - and cotton in particular - that laid the foundations for the town's prosperity. By the end of the 19th century Oldham was recognised near and far as nothing less than the greatest cotton spinning town in the world.

As an only child, I must have been pampered well, but just over a year later, my brother Peter came along to join me. Peter was born in April of 1948, a spring baby, unlike me who endured freezing temperatures.

Didn`t we all look just great!!?

We moved to Bedfont, very close to London`s Heathrow Airport, soon after Peter was born. Dad was working in the Post Office in London at the time. Anyway, he soon took up a job as a policeman, a job that I can`t remember him ever not doing while I was a child.

Peter and I were joined by another brother in 1952. Patrick came along in April, just like Peter, a spring baby!! I am on the left, Peter on the right and our baby brother Patrick is in the middle. We were just lovely little kiddies, can`t remember if I had that scar on my left knee at that time, but that little accident happened around that time.

As youngsters, our parents made sure we were occupied with visits to all the London landmarks and sights, visits to our local parks to swim, go boating, walking in the Royal Parks and out of town into the country with visits to Windsor and Windsor Great Park.

At the age of 11 years, in 1958, I began my secondary school education at the Royal Hospital School near Ipswich in Suffolk. The origins of the school reside in King William’s and Queen Mary’s Royal Charter of 25th October 1694. The present school still holds to its origins and naval traditions and educates children to a level rarely surpassed in any other school in the UK.

A Brief History of The Royal Hospital School

Bernard was a pupil at the school at the same time as I was boarded there. We wore a school uniform very much like that of  a modern sailor of the Royal Navy and were proud to wear it. In the photo, Peter and I are returning to school following one of the school holidays. I left the school in 1963 and took a job as a laboratory assistant at a company of fire and safety engineers, on the edge of London who made car bumpers (pressed steel and chromium plated) and fire extinguishing equipment. In 1966, I joined the Royal Navy and followed a weapons engineering career from apprentice to Chief Petty Officer, leaving the service in 1978. After the transition from serviceman to civilian, not an easy task I have to say, I became the Service Manager for a company that manufactured bakery equipment. I was the front line between the company and the customer and, as well as controlling a staff of six engineers that travelled nationwide, I also visited the customers to keep in touch with them personally. Sadly, that company started to have problems and I left it in 1984 and, with one of the engineers, started my own company which took up all the customers of the company that did actually fail and close. I kept up that work until 2003, just before Pam arrived in the UK. I closed my business due to falling sales and also because I wanted to be more settled and not have to run around the country all the time.

I became employed by Key Country Foods in Scunthorpe, just 10 minutes drive from home. I worked daily from 0600 until 1400 after which Pam and I spent the afternoon together. Key Country Foods was eventually taken over by the Vion Food Group and I continued to work there until retiring in January 2012.

March 15th 2012 saw Pam and I depart the United Kingdom for a new life in the USA. We moved to North Carolina and now live close to Goldsboro in Wayne County.